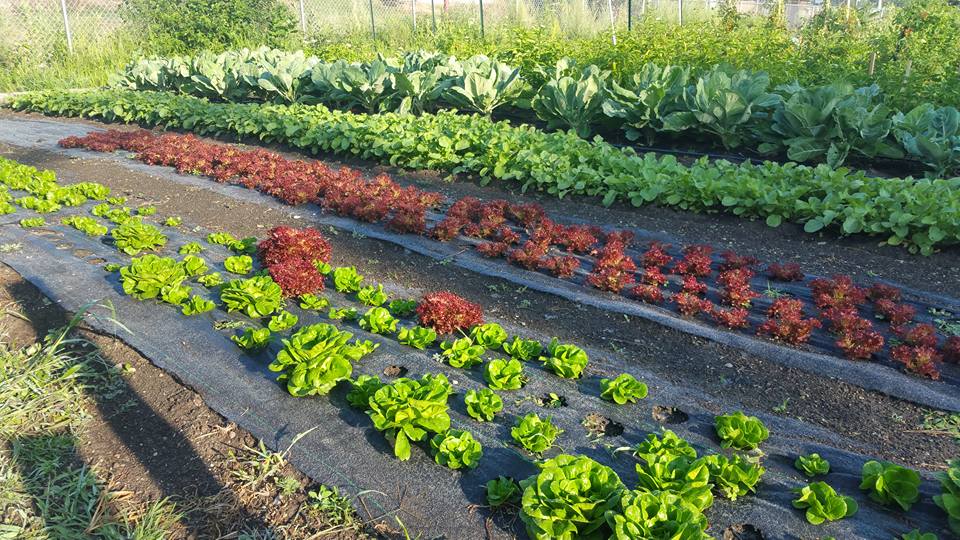 A century ago, there were nearly 1 million Black farmers in the United States, and they composed about 14 percent of the farm population. Today there are fewer than 50,000, just over 1 percent of all farmers. So if you are Black, it takes a leap of faith to start farming, whether in rural areas or in urban spaces like Eden Place Farms on Chicago’s South Side.

And faith is a driver for Eden Place owners Michael and Amelia Howard, who have been giving back to their nearly all-Black Fuller Park neighborhood for decades and describe the farms and nearby Eden Place Nature Center as a spiritual mission.

Michael and Amelia Howard — the owners of Chicago’s nonprofit Eden Place Farms on Chicago’s South Side — have spent their entire adult lives serving Fuller Park, their South Side community where nearly all residents are Black.

The couple ran a school teaching construction skills for 20 years; created Fuller Park Community Development Corporation to fight teardowns of livable homes and demand that the city address the health risks caused by the neighborhood’s lead water pipes; redeveloped a former brownfields dump into Eden Place Nature Center; and then built their farm business (on another former dumping ground) around an educational mission.

So when the COVID crisis came close to putting Eden Place out of business last year, people who love and respect the Howards rallied.

Students from downtown Chicago’s Roosevelt University, who spent time on the farms as part of a class, came to Michael and suggested they put on a series of three fundraising concerts. The concerts were so successful that they not only saved the farms but enabled the Howards to pay off a mortgage that had put them at financial risk.

Michael laughed when I described this as his George Bailey moment (if you’ve seen the movie “It’s a Wonderful Life,” you’ll get the reference).

Michael explained that he has lived in Chicago his whole life (his parents came up from Arkansas during the Great Migration). But he got a taste of farming as a teenager in the 1960s spending summers with family who were still sharecroppers “on the same land where my forefathers were slaves.”

His love of outdoors grew as he spent time with his father fishing at Lake Michigan, and during bivouacs when he did military service in Europe. He and Amelia became avid campers, which they passed on to their children.

Eden Place Nature Center came about when their passion for nature merged in the 1990s with their disgust over their neighborhood being used as a dumping ground for commercial waste. “We started a guerrilla campaign,” Michael said. “We just took the land, we just took ownership. And we started giving workshops there.”

One of the center’s popular features is the Wigwam, where children learn about Chicago history. “Eden Place is about education, it’s about empowerment and how much empowerment you can receive by just knowing the history,” Michael said.

That educational mission continued after the Howards started Eden Place Farms in 2014 on a three-acre site, located on a patch of land wedged between the Dan Ryan Expressway and railroad tracks. The farm grows a wide variety of vegetables in raised beds and in hoop houses, using organic practices. The pickles they make from their cucumbers have a fan club and were featured at an Illinois Farm Bureau conference at the Palmer House in downtown Chicago in 2019.

They also grow knowledge and self-confidence among young workers and visitors, many of them from underserved urban neighborhoods where connections to nature are lacking.

“We love putting the kids’ hands into the soil. We tell them it’s time to recharge. They say, ‘What?’ Don’t you know man has to recharge? You have to put yourself on the soil. You’ve got to work the soil and then something magical happens. We’ve had teenagers in here who’ve been transformed,” Michael related.

He continued, “They pass through Eden, and they start their own farms, and they’re out there doing great things. With education, you want it to be exponential and spread out. We’re not trying to hoard. I’ve given away so much of our intellectual property, just so that it helps somebody.”

Eden Place also works to fight food insecurity in a part of Chicago where many residents lack convenient access to healthy, nutritious food, and promote food sovereignty by teaching local residents how to garden.

Amelia Howard, who joined the conversation on a break from farm business, expanded on the mission of Eden Place. “This truly is not just a labor of love. This is our spiritual mission,” she said. “This is where we’re supposed to be now doing what we’re doing now. And every time we sort of get to a point where it’s like, ‘Well, is it time to give it up, we’re gonna have to give it up,’ something always comes in just to keep us above ground.”

While the Howards survived their near-bankruptcy experience during COVID, donations are always welcome to help them in their various missions. To donate, visit this webpage.

You can also help the farms — and yourself — by buying their produce. The Howards plan to restart their farmers market in mid-June. Eden Place Farms is located at 4911 S. Shields Ave., just off the Dan Ryan Expressway and 2-1/2 miles due south of Guaranteed Rate Field, home of the Chicago White Sox.

Other Farmers of Color Near You

Get Listed for FREE with BFBL today
CSA
Related Posts

CSA’s the Best Way to Know Your Farmer and Your Food: The Broadview Farm Story

17 Farms Where You Can Find Local Turkey this Thanksgiving

Now's the time to start planning your Holiday gatherings. Have you made your turkey plan yet? When you prioritize purchasing a local turkey this Thanksgiving, you'll not only get a turkey with unique and delicious flavor, but you'll be keeping your food dollars local, growing your local economy, and helping keep family farmers on the land.

With Mother’s Day, school graduations and the traditional start of wedding season, May is a…